PICK YOUR PERSON: A GUIDE TO CHOOSING YOUR DERBY NAME 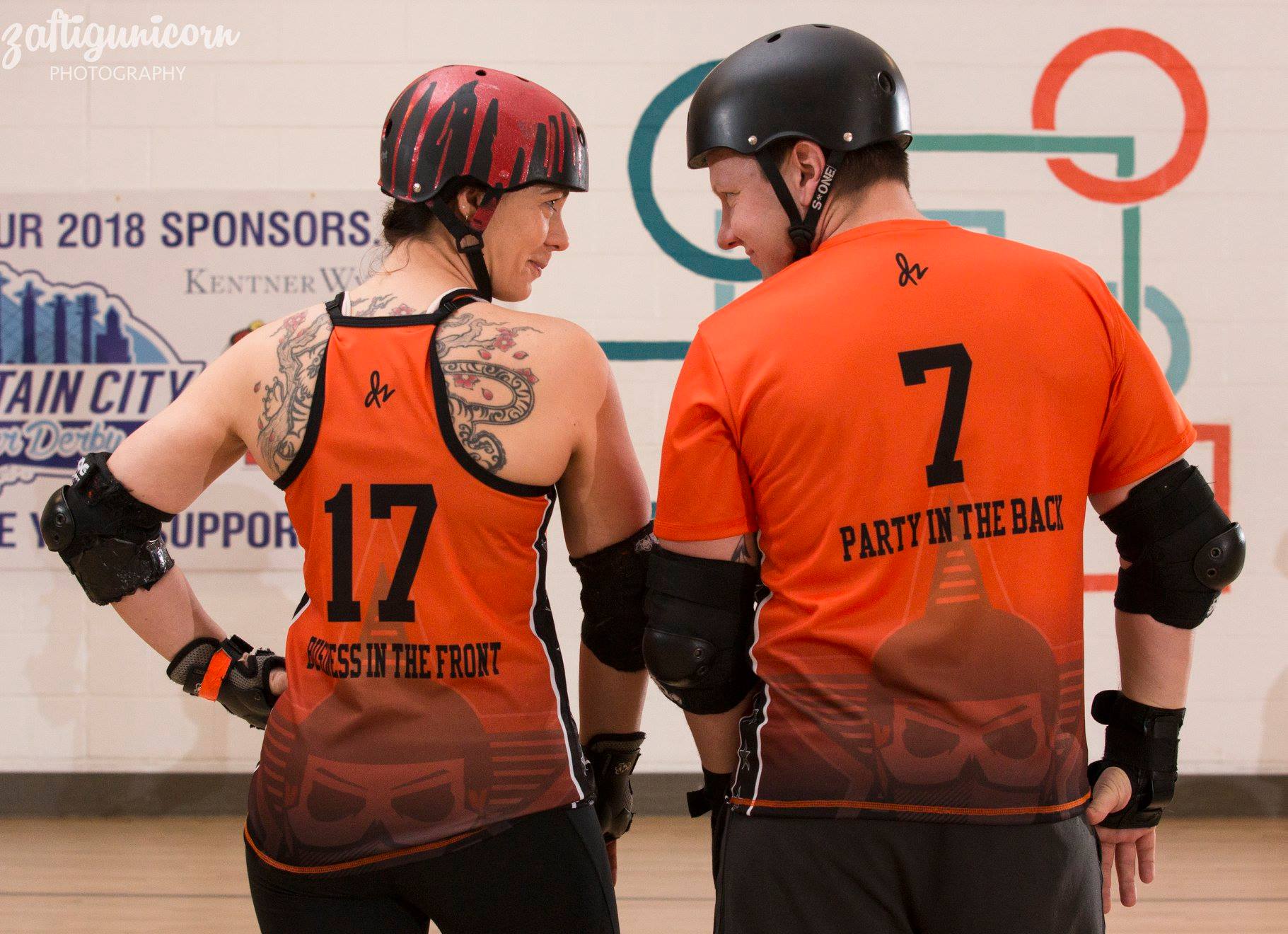 Pick Your Person: A Guide to Choosing Your Derby Name

By Park And Wreck

You’ve finally decided to strap on those skates and get out on the track, bumpin’ hips with the best of them, the wind flowing through your helmet. Now if only you had the perfect name to go along with those sick, new bruises. Deciding on a name for derby can be a difficult endeavor, plagued with uncertainty and endless puns. The list of potential names you’ve collected may seem overwhelming, but here are some points to consider to help make that list a tad more manageable.

1. What Makes You Tick?
Every skate name has meaning to it’s owner; be it an inside joke, a play on their own name, paying homage to a favorite tv/video game/book series, hell, even a favorite food. Derby names aren’t just about clever puns and scary sounding names. If something resonates with you in a special way, own it. Don’t be afraid to be you.

2. Fear and Loathing
You wanna be a badass. A rebel. A hard-hitting, teeth-clacking, force to be reckoned with. For many, derby is a chance to live outside of their own personalities and personify that inner warrior on eight wheels. If you want your alias to provoke an emotional response within yourself, and the opposing team, don’t be afraid to dig deep and go for that scary-as-all-hell namesake.

3. Outdated and Full of Regrets
Some references are topical but quickly dated. Tastes come and go, and once that meme you found hilarious a few months ago is buried in internet history, you’ll regret all those tanks you personalized.

4. Reign in the Raunch
This moniker is not simply a skate name. It isn’t just something announced at games and panted on your jersey. The derby name you choose is a representation of yourself. Think of it as a brand. Your brand can be as scary, weird, or nerdy as you’d like, but you might want think about what leagues will allow you to guest skate with that tongue-in-cheek joke. FCRD is a family friendly league and holds their skaters to the same standards.

Some names invoke a polite smile and a head scratch from teammates and fans alike. Though the name means something awesome or clever to you, the majority tilt their head and try a Google search. If you don’t mind answering “What does your derby name mean?” a thousand times at each bout, then go for it, but those less sociable and easily vexed may want to steer clear.

7. Short but Sweet
Out on the track is a completely different, fast paced, world. Strategies change by the second, skaters blur by, and communication is key. Not a single one of my teammates would ever yell “Parks N Wreck, wall up!” Although “Park, get back here!” is much more likely. Your alias is unique to you but, in a pinch, a long winded string of syllables just won’t work on the track. As you run through your list of potential monikers, try also shortening them and see how that sticks with you. Yes, your fake name will also have a nickname. No, it’s not as confusing as it sounds.

8. Lasting Power
Of course, anyone is welcome to mix it up every few years, but that growing pile of outdated merch you had specially made will haunt you from the back of your closet. Skaters of various skill levels and seniority are bound to want to change their name in the future, but if you think carefully and tactfully, your name could potentially live as long as your derby career.

You’ve made the decision. You want to play roller derby! Here are a few things to consider in order to be ready for the Fountain City Roller Derby training camp.

Some day you will fall at practice and a veteran skater will casually glide by, smile, and call out to you in their most cheery voice, “Falling is learning”. They aren't saying it to be mean or to tease you.

I’ve Decided to Take the Leap

You’ve been to the recruitment meeting. You’ve convinced your significant other/family/friends that you really aren’t joking and you are serious about giving this “derby thing” a try. Now what?